skip to main | skip to sidebar

I have not forgotten about all of you! Life has gotten crazy and has decided to take me a long with it. Last Friday I got in a car accident. Everyone is o.k....car is a little bruised and nerves were a little shaken up. Wouldn't ya know it, I hit a woman who's daughter is in my son's first grade class. Hmmmm, talk about 6 degrees of seperation!

Then that foloowing Monday, I found out my Dad went into the hospital with fluid in his lungs. They concluded he was in congested heart failure and needed added oxygen. He is thankfully home, but need to walk around with oxygen. Pretty much a life style change for sure.

But...I have crocheted a few things in the last couple of weeks! First off, my nephew Joey was born on June 2!!!! This is what I made him! 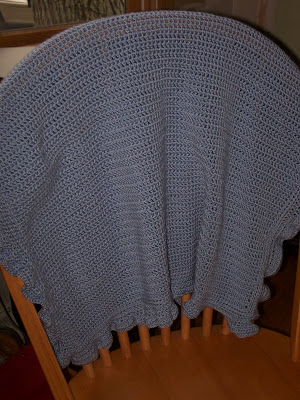 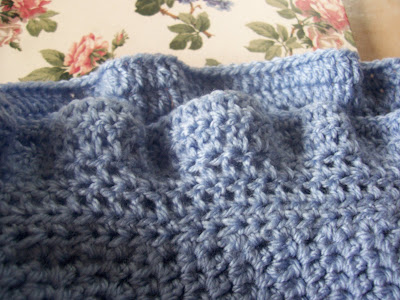 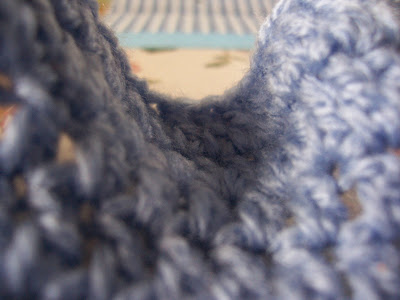 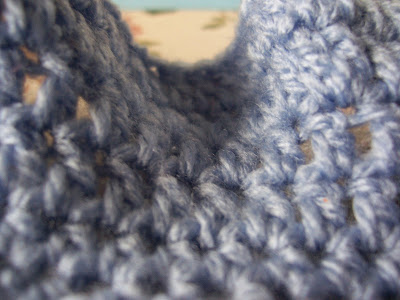 It was a fun and easy stitch...a an extended single stitch with a G hook. It was originally intended for a bolero for me...but as I was half way through with it...I decided that it would make a fabulous baby blanket. I did single crochet around the border...and then added some ruffles. My SIL really liked it...and what was the best is...he was using it the other day! Glad this week is over!

Friday was my ten year wedding anniversary! That is a decade! Some days it seems like an eternity ago, and other times it feels like just yesterday. We had a nice dinner out and caught a movie...but when I got home from a manicure...this is what was waiting for me on my dining room table... 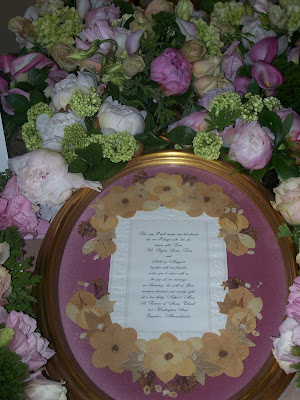 This is our framed wedding invitation with the original bouquet of my flowers. He matched up the flowers from my bouquet and had them in 13 vases. All except lilacs that are out of season. I had them in my bouquet, but they were artificial. After our wedding ceremony, and we were alone in the limo on our way to our reception, he said that the lilacs in the bouquet were the most beautiful he has ever seen. HA...fake! 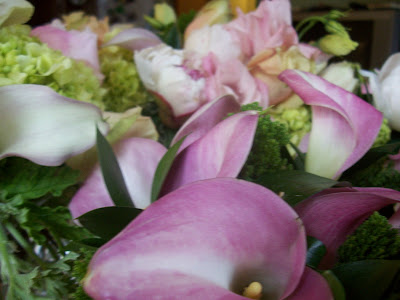 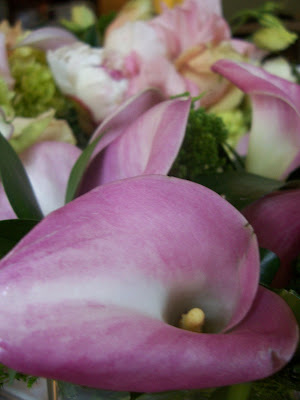 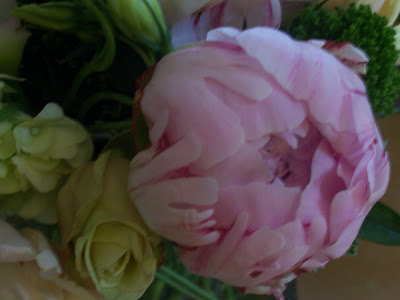 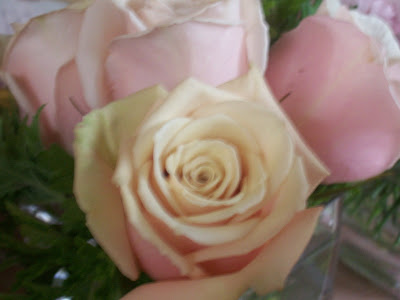 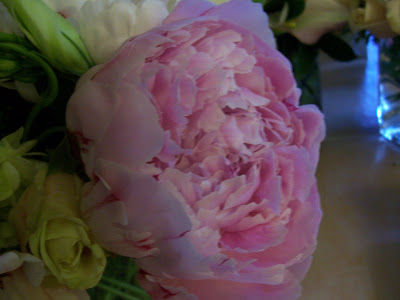 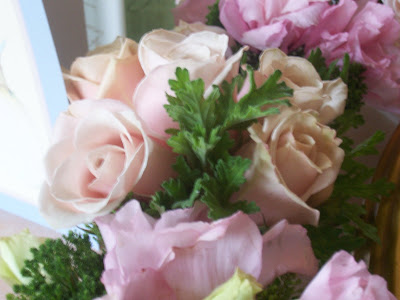 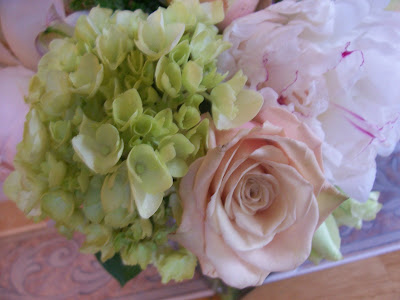 Thanks for a wonderful ten years, honey...and here is to another glorious ten more! I love you!

Gina
Pembroke, Massachusetts, United States
I am a 32 year old wife to a great husband of 10 years and a SAHM to two boys. I am a pisces who likes good coffee, good music and good conversation and of course yarn, crochet and hooks.